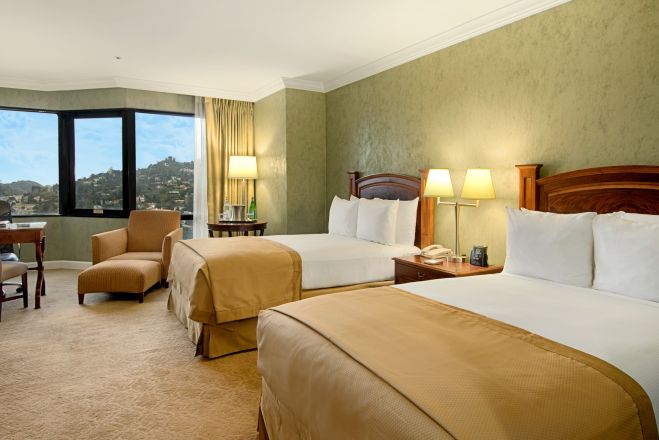 Only steps away from fun, excitement, shopping and great dining in the heart of the Entertainment Capital of the World, the hotel is conveniently located at the entrance to Universal Studios Hollywood and Universal Citywalk. On the beautiful furnishings, designed for comfort, guests can stay connected via high-speed internet access, coordinate the day's activities or do that last minute preparation for their big meeting. Guests can swim in the large outdoor swimming pool and relax in the whirlpool, keep fit in the modern fitness room or enjoy local cuisine in the brightly lit hotel restaurant.

Warner Bros. Studios – What better way to getting behind the scenes than taking a jaw-dropping tour of the mighty Warner Bros. Studios? Spend 2-3 hours and peek at Hollywood movie-making heaven. You'll get the chance to explore the soundstages and outdoor sets where Gilmore Girls, The Big Bang Theory, and several other productions were created. Are you a Friends fan? Hard not to be, right? Well, here is some great news: during the tour, you'll visit the mighty Central Perk set, along with an actual coffee shop. Woohoo!

2. Internet – Free, high-speed WiFi is available in all areas