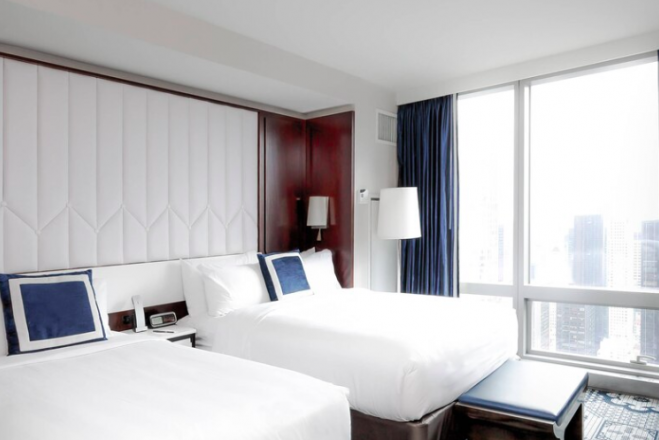 Residence Inn by Marriott (Central Park) is, as you might expect, conveniently close to the Big Apple’s most famous park. In addition, the hotel has numerous great restaurants within a short distance, as well as countless live performance venues and many museums, making it a good base for a day visit.

Dining Options – Pub grub enthusiasts can visit McGee’s pub, an Irish establishment spread over three floors and offering draft beers alongside traditional pub meals. American nostalgia can be enjoyed, alongside the food, at the nearby Brooklyn Diner USA, and lovers of Italian cuisine may want to visit Neapolitan restaurant Patsy’s.

Central Park – Central Park is, of course, close to the hotel, and offers a green escape from the stone and steel of the Big Apple. The park is huge, and filled with attractions, from the Huddlestone Arch landmark in the north to the zoo and Amusement Park to the south.

Radio City Music Hall – There are countless theatrical venues to consider visiting in New York City, and one well worth checking out is Radio City Music Hall. The art deco venue dates back to the early 1930s and is still putting on live performances today. It’s also child-friendly, and is a great way to spend some time if you’re travelling with little ones.